What happened when the consultant stopped helping…

…and the agency didn’t deliver the brief

We took on a project the autumn of 2013 acting as web strategy consultants/web project managers for a business with no direct knowledge of digital projects. The client needed a new website but had no in-house expertise in digital projects to brought Braid in to manage the exercise. Our brief was;

Naturally we hope to be retained for longer, and oversee the actual build and launch of the site. What happend was we ended up applying sticking plasters…

The project strategy and structure was developed with the client. Agencies were briefed. A thorough selection process ensued, and our recommendation (a very tight decision between 2 agencies) was delivered. The client approved an agency, and called them for the initial project launch.

And that was that….agency outlined their process, client was happy to oversee the agency. Thankyou Braid, and goodbye.  We suggested perhaps the client let us know when the new website was ready for testing prior to launch. Other than a couple of emails, there was no further contact. Until January … 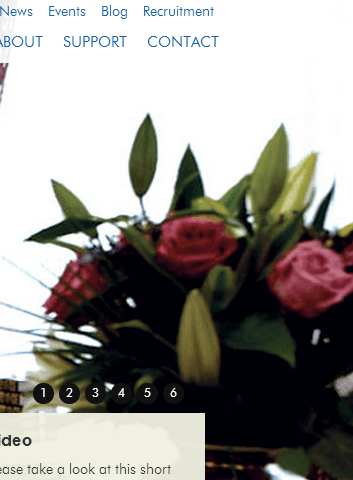 The client asked us to review the new website (now launched). The client wasn’t happy about some elements of the build. But on auditing the site v the brief, we identified much more;

In all, the job simply wasn’t what had been paid for. The Client asked if we could sort it out. The audit was discussed with the agency and an undertaking extracted to deliver all missing elements, and improve the UX. The agency did finally deliver the elements. We moved the hosting (as originally recommended), implemented tracking and ensured the CMS was delivering all the tools originally specified.

The Client probably paid Braid less in fees to sort the problems than perhaps they would have done if they had kept us on from the start. However, they wasted weeks getting the sticking plasters in place, and changing a number of core elements, and the end result is not perfect. The client is stuck with sub-standard imagery. The CMS was customised so much that the agency will have to be involved in future template amends; precisely what the brief  had stated must not happen.

We also learned a lesson; when a client really does need help, don’t be polite; tell them they need you! It could be argued we were too “nice” helping the client with a problem of their own making, and not charging through the nose to sort it. Maybe so, but we can hold our heads high from an ethical position which is more than can be said for the agency!